For example Java, programming language is great for writing server-side code but We cannot use it for frontend development. There were attempts in the past in the form of writing dynamic code in Servlet and JSP using Java code but that created more problems than they solved.

There is no doubt that JavaScript is the King of web development and probably the most popular language among web developers. It’s also the only language that allows you to create web applications, both frontend, and backend as well as mobile applications (React Native).

The strength of Javascript is not just it can run on browser and server using Nodejs but also the awesome frameworks and libraries it has for web development and app development.

For example, you can use React.js and Angular for frontend, Nodejs for backend, and React Native for creating cross-platform (both Android and iOS) mobile apps.

Python is another language which has gained a lot of popularity in recent year. While it's not exactly new and has passed the test of time, it's probably the most versatile programming language at the moment.

You can use Python for web development, Data Science, Scripting, and Automation. Similar to JavaScript, Python also enjoys huge community support and has a lot of useful frameworks, libraries, and tools that can help you create a web application in quick time.

For example, you can use Django to create full-stack web applications. If you want more control, you can also use Flask, a minimalist web development framework.

TypeScript ,a modern programming language for web development. Just like we have C and C++, TypeScript can be considered as JavaScript++ though it’s not as popular as C++.

The good part of TypeScript is that it adds type-safety in JavaScript code which means you can catch nasty JavaScript type-related errors in the development phase.

It’s a dynamic, server-side scripting language that makes it really easy to create fully functional web applications. If that’s not enough, half of the internet is running on PHP’s shoulder, remember WordPress, the most popular web application software is made on PHP.

PHP also has frameworks like Laraval, which is both powerful and allows you to swiftly create web applications using a model–view–controller architectural pattern.

Ruby is another programming language that is really great for web development. Similar to PHP and Python, Ruby is also easy to learn and goo for beginners.

What makes Ruby special for web development is the Ruby on Rails framework which powers websites like Github, Shopify, Airbnb, Groupon, GoodReads, and Kickstarter.

If you don’t know, Rails is a model–view–controller (MVC) framework, providing default structures for a database, a web service, and web pages. It encourages and facilitates the use of web standards such as JSON or XML for data transfer and HTML, CSS, and JavaScript for user interfacing

HTML provides the structure while CSS provides the style and helps them to look better and more visually appealing. If you want to become a serious frontend developer then you must master these two in 2021.

That’s all about the best programming languages for Web development in 2021. You can see there is no surprise, JavaScript is the king of Web development but Python is equally good. PHP and Ruby provide the easiest way to create web applications and TypeScript is the relatively new, modern, and promising programming language you can learn for creating web applications. 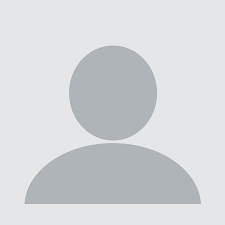 Discuss Your Project With Us.